We all want to live in a clean environment and ensure a sustainable future for our children, to leave a clean planet for future generations. This can be done through the effort of each of us, and in particular, by rethinking the technologies currently used, which have a high level of pollution. It is important that this principle of using clean and efficient technologies is adopted and implemented at regional / global level.

Solar energy is one of the possibilities to reduce energy consumption obtained from burning fossil fuels, which is the highest share of pollution globally, and Moldova and Romania are no exception. If we learn to use clean energy sources, such as solar or wind energy, as widely and efficiently as possible, then we will surely have a healthy planet!

Cross-border cooperation with neighboring countries will amplify the pollution reduction effect much faster as a result of the development and implementation of pilot technologies. But any effort requires substantial investment.

The European Union has developed multiple instruments, including financial ones, to ensure a better future. Such an instrument is also the Joint Operational Program Romania - Republic of Moldova 2014–2020, within the Cross-Border Cooperation Program of the European Neighborhood Instrument (ENI) for the years 2014–2020, which also implements this project, dedicated to efficient use of solar energy.

The general objective of this project is to develop a new technology for the efficient use of solar energy. In fact, it is a trigeneration system that will simultaneously produce electricity, hot water or cold as needed. The project will be based on the use of standard photovoltaic panels intended for electricity production at efficiency of approximately 18%. This efficiency is not constant during operation and usually decreases with increasing temperature.

At the same time, a water-to—water heat pump will be used to increase the efficiency of the system, which will be an integral part of the system.

In order to test the technology proposed in the project, a photovoltaic-thermal stations (PVT) will be developed and implemented with nominal capacity of 10.5kWp at the spa resort "Bucuria Sind" in Vadul-lui-Voda, Moldova and another of 4kWp at Răducăneni, Romania. Preventive calculations show that the overall efficiency of solar energy use through the proposed technology should be at least 44%.

The development and research of the photovoltaic-thermal system will deliver new knowledge and expertise to researchers and engineers in obtaining several types of energy from a single source (electricity, hot water and cold), which will lead to increased equipment efficiency and lower costs. It will provide new tools in multiplying technology and sizing similar systems.

The project is carried out within the Joint Operational Program Romania-Republic of Moldova 2014-2020 and has the identification code 2SOFT / 1.2.66.

The project aims to develop and implement a high efficiency photovoltaic-thermal system (PVT). This PVT system will simultaneously produce electricity, heat and cold air, a technology called - trigeneration. The photovoltaic panels will be equipped with mats with capillary tubes in the back, through which will circulate antifreeze and will extract heat from PVT, an effect that will lead to an increase in electricity production efficiency by over 5%. The thermal energy obtained will be stored in the tank, and used in the necessary proportions. Additionally, the PVT system will include a plant for converting thermal energy into cold air, as in summer, when the thermal energy is in excess to produce cold air that will be used to cool the spaces. The combined application of these three technologies will increase the overall efficiency of the system to 44%, which is clearly higher than the efficiency existing today in photovoltaic systems of 14%.

Actions needed to be taken

Structure and location of the system

The PVT system will consist of 42 photovoltaic panels (67.2m2, 10.5kWp) that will be mounted on the roof of the building of the spa resort Bucuria Sind, Vadul-lui-Vodă and will be equipped with capillary mats filled with antifreeze liquid to produce hot water with storage tank and installation for converting thermal energy into cold air for cooling spaces. The implemented technical solution will increase the efficiency of electricity production of PV by 5%, will produce annual thermal energy worth 7,320kWh and will generate 7900kWh of energy in the form of cold air, which will increase the overall efficiency of the solar energy to 44%, compared to 14% for the separate use of PVT.

The same type of PVT system at a scale of 4kWp will be developed and put into operation in Răducăneni, Iaşi, Romania to test the operating capacity in various locations. 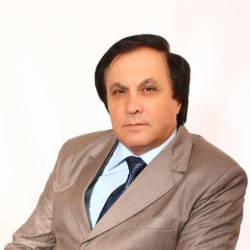 Project Manager (Republic of Moldova)
Covalenco Nicolae - PhD in technical sciences, associate professor of electrical engineering. Author of 3 monographs and 25 inventions. Large experience in research and development of projects in the fields of energy, including renewable, hydrodynamics, thermodynamics and optics. President and co-founder of the Association of Energy Efficiency and Audit Experts and the Association for Energy Autonomy. Member of the National Union of Inventors of Moldova. Silver medal for the group of applied inventions (2007). Grand prize of the project competition in the field of ecological energy (2019).
Read more 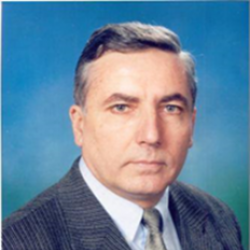 Chief-engineer (Republic of Moldova)
Negură Ion, Expert in the field of energy efficiency, district energy manager, specialist in promoting and implementing energy efficiency projects at community level, in developing feasibility studies on the construction of photovoltaic parks with connection to the electricity grid, specialist in developing and implementing electricity supply, including distribution installations, consumer connection installations and the connection of renewable sources to the grid.
Read more 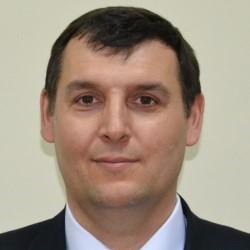 Principal researcher (Republic of Moldova)
Tîrşu Mihai, PhD, over 25 years of experience in the energy sector. He currently holds the position of Director of the Institute of Power Engineering of Moldova, which is a public research institution and provides scientific support to the Ministry of Economy and Infrastructure in the elaboration of policy documents in the energy sector. Some of the most important documents in which the institute participated are: Moldova's Energy Strategy 2030, Country Energy Balance Forecast, National Energy Efficiency Plan, Electricity Law, Energy Efficiency Law, Law on the use of renewable energy sources, etc. Mr. Tîrşu has large experience in project management, as well as their execution. Additionally, he has experience as a key expert in various energy efficiency projects funded by the state and international institutions. The main research activities are oriented towards the fields: studies of
Read more

Principal researcher (Republic of Moldova)
Zaiţev Dmitrii, PhD. He elaborated and developed various schematic versions of single-module static cycloconverters that are based on the principle of circular phase conversion. The elements of the devices were calculated and simulated. He developed several original variants of frequency converters with a high degree of precision in angle control that can be considered an alternative to back-to-back installations. He is an expert in the development of solutions for the efficient use of renewable energy sources, a specialist in the development of energy audit reports and in the development of technical solutions for energy efficiency.
Read more 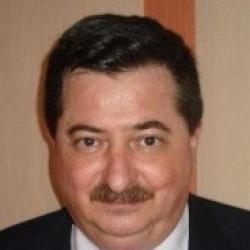 Project manager (Romania)
Mihai Gavrilaş, Professor at the Technical University "Gheorghe Asachi" of Iasi, Faculty of Electrical Engineering, Energy and Applied Informatics, Department of Energy. Graduate of the Faculty of Electrical Engineering, Electroenergetics specialization, in 1984. He obtained the title of PhD in 1994, in the Electroenergetics specialization. Professor at the Department of Energy since 1999. Member of the IEEE-Power Engineering Society since 1994. leadership (currently I am the director of the Energy Department and coordinator of the discipline group “Electrical Networks and Systems”) good experience in project management - director of over 40 grants and complex research projects with beneficiaries from the industry, in which I coordinated teams with over 6 members (2004 - 2017) good experience in organizing activities in the field of quality assurance in higher education as an ARACIS
Read more 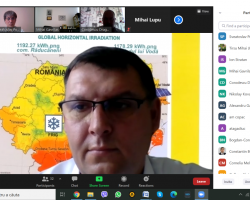 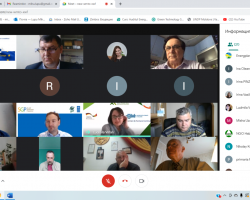 1. What is solar energy?

Solar installations are of 2 types: thermal and photovoltaic. Photovoltaics produce electricity for free. The thermal ones help to save gas in a proportion of 75% per year, being used to heat the rooms and to produce hot water.

2. How the project intends to use solar energy?

Usually, existing solar installations allow the conversion of solar energy into 2 types of energy: 1) electrical with the help of photovoltaic panels; 2) thermal with the help of solar collectors. The project tends to demonstrate the possibility of obtaining cold in addition to the two components mentioned, based on a 10,5kWp pilot installation built at the spa resort "Bucuria Sind" in Vadul lui Voda and a 4kWp built in Răducăneni, Romania (trigeneration). It is estimated that the innovative solution to be implemented will increase the efficiency of the use of photovoltaic panels by at least 5%, and the efficiency of the use of solar energy will eventually increase. Additionally, all 3 products - electricity, heat and cold will be obtained only on the basis of photovoltaic panels.

3. What is the innovation of the project?

4. Can the proposed technical solution for trigeneration be used by anyone?

The proposed technical solution - thermal photovoltaic panels - can be used by anyone. It is important for the investment to be effective. It can only be effective if all 3 products are used at the same time - electricity and heat or cold. Otherwise, the investment will not be recovered. This is the main reason why the installation is made at the spa where it is needed in all 3 energy products.

At the moment it is estimated that it should not exceed 1300 euro / kW. After the realization of the solar system, the exact investment will be updated.